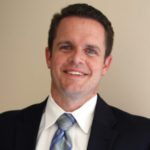 Prior to joining CCAF, Wolfkill was the Executive Director of KIPP Tulsa College Preparatory in Tulsa, OK, a middle school that is part of the national network of 183 KIPP schools. Wolfkill completed his Master of Science degree in International and Intercultural Education and Development at the University of Southern California and became keenly interested in community development. He worked as an urban planner for the Watts Labor Community Action Committee
(Los Angeles, CA) and then became the associate director of the P.F. Bresee Foundation, a faith-based youth and family development center. He spent nearly seven years as the director of Administration and Donor Partnerships at the Tulsa Community Foundation, the largest community foundation in the country.

After learning that only one to two percent of Tulsa’s African American and Hispanic youth were graduating from high school prepared to begin college without remediation, he left the foundation to become executive director of KIPP Tulsa, an open-enrollment college-preparatory, public charter school, in 2011. 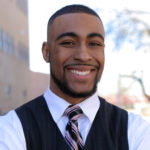 Prior to joining CCAF, Ryines attended the Community College of Aurora and received his Associates of Arts Degree. He then completed his four year degree at Metropolitan State University of Denver where he majored in Speech Communications. He has served various youth serving non-profit organizations in the Denver Metro area. Born and raised in Aurora, he is highly driven and motivated to make a difference in the community. Josh serves as the program coordinator for the Foundation’s premier scholarship program, Aurora Gives Scholars. 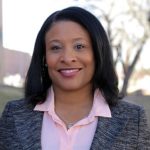 Adams completed her Master of Arts degree in Public Relations and Organizational Communication at Wayne State University.  It was here that she learned that she wanted a career that would allow her to help others, and be a voice for change in her community.

Adams’ primary focus is centered around developing, leading, and driving  CCA Foundation’s fundraising and donor appreciation/cultivation events. She will also share responsibility for providing vision and strategic direction for the foundation’s donor stewardship and engagement efforts.

In addition to more than fifteen years of event planning experience, she teaches a monthly workshop on event planning and fundraising at Colorado Free University.